An increasingly popular, nonsurgical treatment for hemorrhoids is not as effective in the long run as traditional surgery, a review of the research shows.

Once known as piles, hemorrhoids are one of the most common and least talked about medical complaints. About half of all Americans get them at some point.

Surgical removal was once the only option for large hemorrhoids that could not be adequately managed with topical therapies, but newer treatment options include rubber bands and staples that choke off their blood supply.

A review of the research, published last year, suggested surgery is a better long-term option for severe hemorrhoids than the banding procedure, known as rubber band ligation. 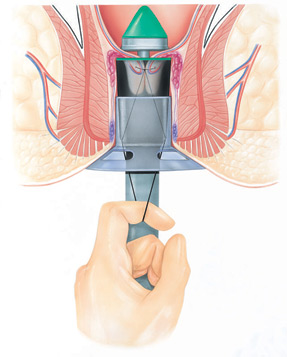